For the very latest details on how a faction is performing in the campaign you can browse to each of the faction centres via the Factions drop down menu found on the navigation bar.

Select a faction from the menu

Inside each faction centre, you will find the latest statistics and data for: 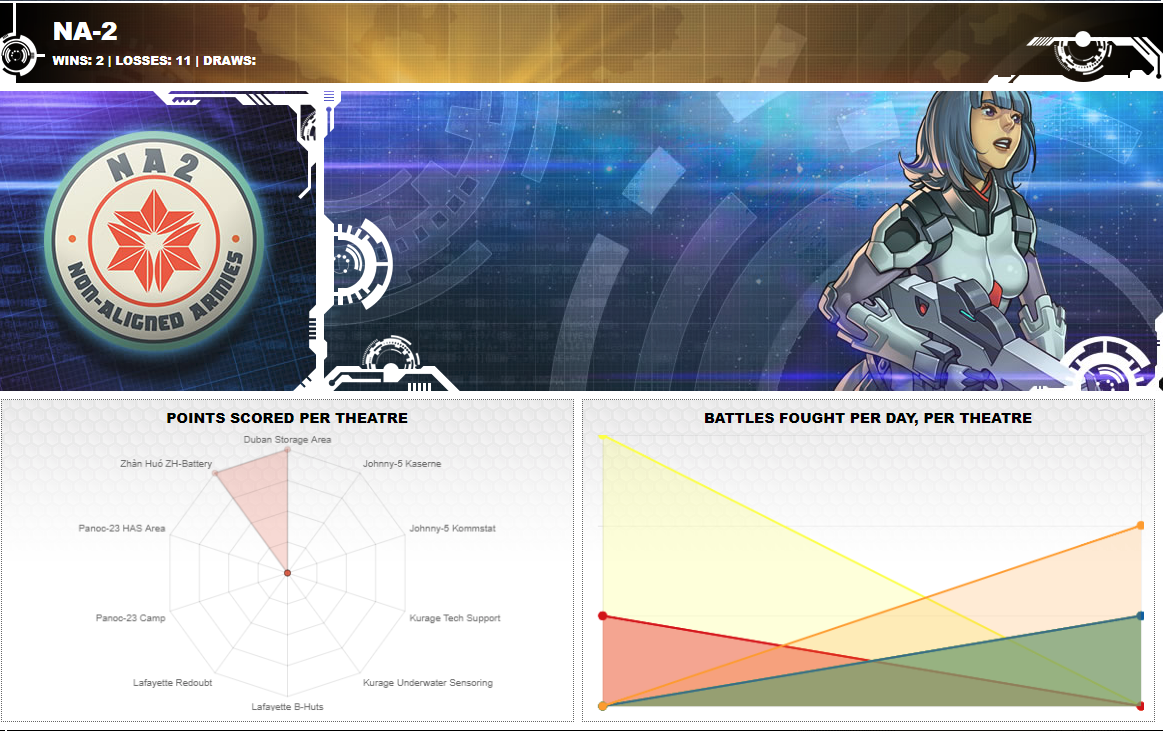 You can sort the order in which you can view the list of battle reports if required:

They can also be filtered to show only those which include the selected features such as images or videos.

<< Back to Help Contents

Run a Global Campaign for Your Game - Click Here